Latvia is a country cosily nestled between Estonia and Lithuania on the shore of the Baltic Sea, also known as the Amber Sea. The territory of Latvia, about the size of Ireland (24,900 square miles), is inhabited by over 2.5 million people. 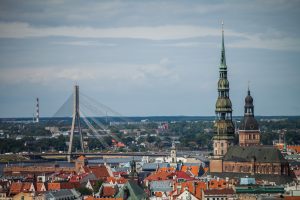 Latvian language is one of the most ancient European Languages. Together with Lithuanian, Latvian forms the Baltic branch of the Indo-European group of languages.

Having been annexed by the USSR in 1940 Latvia re-established its independence in 1991. Latvia continues to revamp its economy for the soonest integration into various Western European political and economic institutions and was invited to join NATO and the EU in 2002.

Although Latvia occupies only a small territory, the variety of its nature is large. Numerous lakes sparkle at the bottom of hills. The forests and waters are full of wildlife. There are many small medieval towns, country castles, museums and parks to be visited.

Riga, Latvia’s capital, celebrated its 800th birthday in 2001. It was a major center of the Hanseatic League and prospered from its trade with central and eastern Europe in the 13th-15th centuries. In the 19th century it became an important economic center, and the suburbs of the medieval town were built, first in imposing wooden buildings in classical style and then in Jugendstil. It is generally recognized that Riga contains the finest concentration of Art Nouveau buildings in Europe. 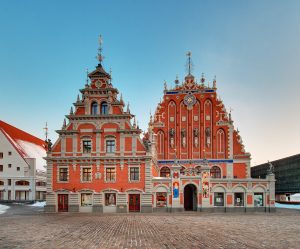 The Old Town of Riga

Baltcoming, the leading travel agency and destination management operator in the Baltic States, has its own full-service office also in Riga and can offer you a full scale of incoming services in Latvia. So, whatever your needs may be in Latvia or any other Baltic destination, please contact us and consider it done!